An off-road adventure through magical Hvar Island, a little piece of Heaven on Earth.

Like the Island of Hvar, our Hvar Offroad Tour is truly one of a kind. A full-day tour packed with beautiful and historic locations. Sightseeing spots and a traditional lunch.
Locations: Malo Grablje, Velo Grablje, Vidikovac, St. Nicholas peak, Stari Grad plain, Family-run Tavern for lunch, Vrboska and Soline Beach
See the full itinerary for an overview of the tour.

Not included: gratuities to the guides and items purchased for personal use.

Sport shoes (no flip flops, no high heels), beach towel and swimwear (in the summer) 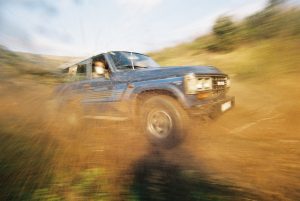 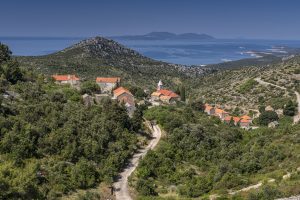 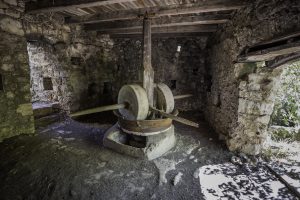 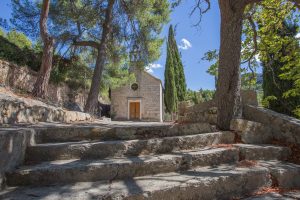 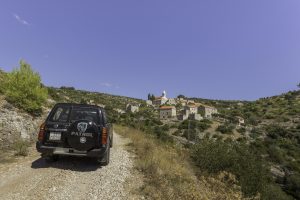 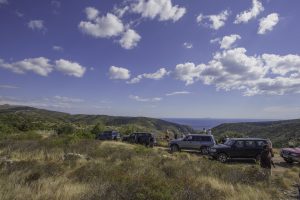 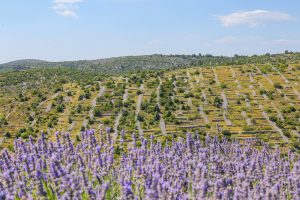 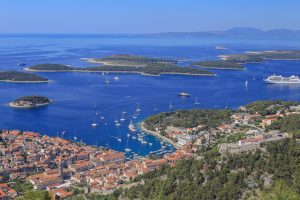 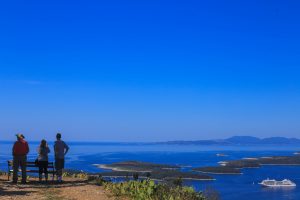 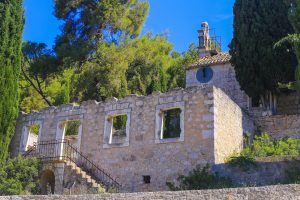 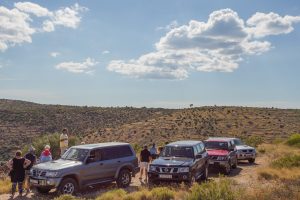 We begin with a short drive along a dirt road to Malo Grablje, an ancient village founded in the 16th Century and abandoned many decades ago. We will take a stroll through this picturesque village, allowing you the opportunity to take photographs while your guide discusses the village’s rich history.
After Malo Grablje we procede to Velo Grablje, a tiny village founded in the 15th Century and now deemed a UNESCO World Heritage Site. Once a wealthy, advanced township, this area was an industrial centre for wine, olive oil, and honey, and the people were known as the greatest lavender-oil producers in Europe.

Next we drive up Vidikovac, a hill with immaculate views of Stari Grad and the deepest bay on the island. It was founded by the ancient Greeks in 384 BC and named Faros. Stari Grad Plain is a cultural landscape that has remained practically intact since it was first colonized. The original agricultural activity of this fertile plain, mainly centering on grapes and olives, has been maintained since Greek times to present. Have your camera ready. As you capture images of the lush scenery, your guide will explain the historical context of this great town—the oldest township in all of Croatia.

After a moment to absorb this breathtaking landscape, it’s time to ascend Hvar’s greatest and tallest peak: St. Nicholas (626m). From the top of this hill you will have a 360-degree, unobstructed view of the Central Adriatic. You will also see Hvar’s neighboring islands Brač, Korčula and Vis. On a clear day, you can even look out onto the Adriatic and see Italy.
Below the high point of St. Nicholas, on a sloping, sunny hillside, lies Sveta Nedija, a village surrounded by vineyards so steep they’re renowned the world over for being extraordinarily difficult to tend; but they are also renowned for the high quality red wine they produce from Dalmatian plavac grape.

Coming down off the hill, as we drive through the sun-soaked island, the essence of Hvar will overpower your senses. Her undulating landscape is accented in vineyard-covered hills, thick olive groves, and fragrant fields full of rosemary and lavender. It won’t take long for you to see why Hvar is called “a little piece of Heaven on Earth.”

In addition to the guided tour, you will also be served lunch at a family at one family-run tavern in the central part of the island, by the edge of the UNESCO-protected field. With its old-world style and homegrown, organic vegetables, the tavern takes you back in time to the days of ancient Hvar and the Dalmatian civilization that once thrived here. All food is prepared traditionally using the old bell-shaped lid (peka) that is then covered with hot coal. Your main course, served with a side dish of boiled potatoes, can be any one of the following: octopus, lamb, veal, or chicken.
After lunch, we continue along the northern coast to Vrboska. Here you can kick back and relax on Soline Beach or go for a swim in its cool, clear waters.

It is now nearing 16:30. As the sun sets over our Hvar Offroad Tour, we head back to Hvar Town via the new road set along the southern precipice of the island. This takes us past one of the most beautiful, most peaceful bays Dalmatia has to offer; and with the golden sun dipping in the late afternoon sky, you’ll relish the vistas of the southern coast, the array of outer-lying islands, and of course the glittery Adriatic.